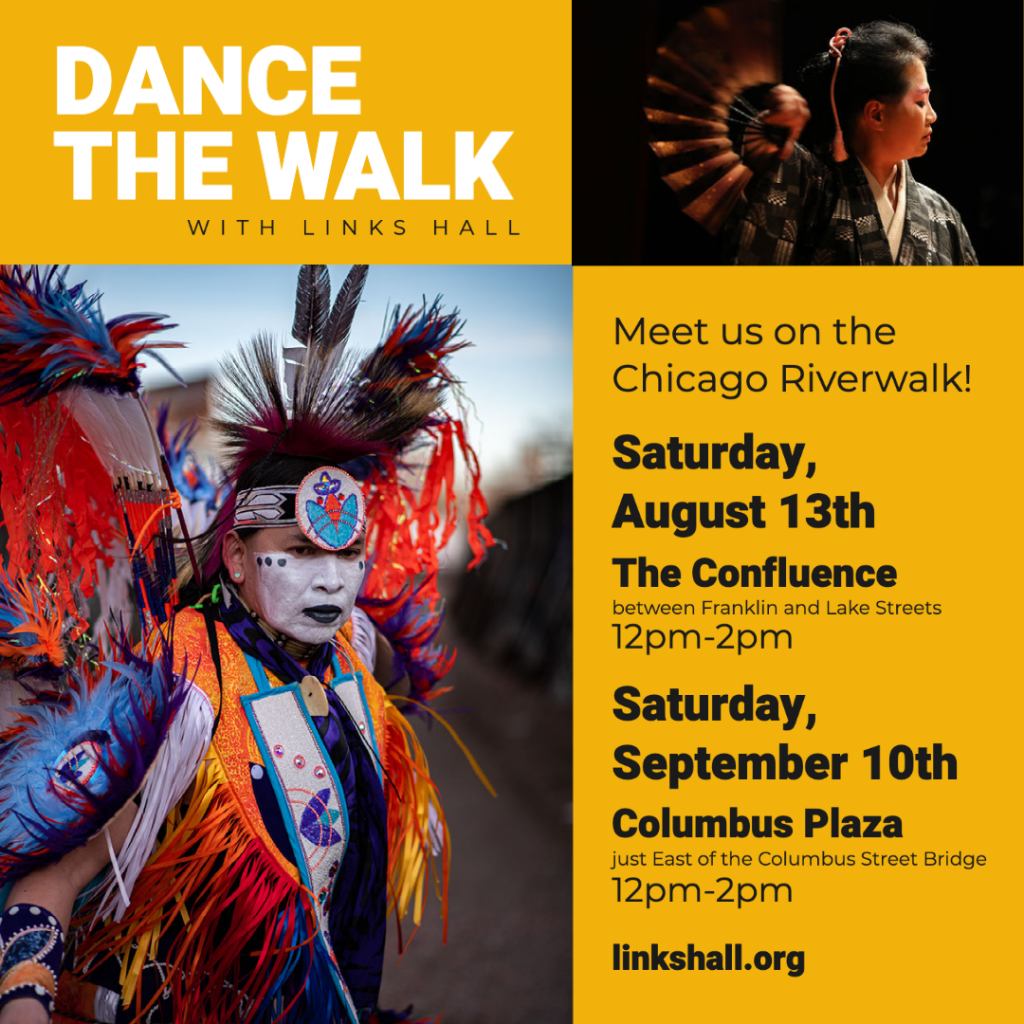 Dance with us on the Chicago Riverwalk!
Links Hall is celebrating the Year of Chicago Dance with FREE performances and community workshops on the Riverwalk! Movers, makers, musicians (and perhaps a flash mob or two!) showcase the city’s dynamic dance scene. All are invited to take their turn on the “dance floor” at pre-show classes for all ages and abilities.

We’ll have two opportunities for you to join us on August 13th and September 10th!

Saturday, August 13th at The Confluence
between Franklin and Lake Streets

open to all ages and abilities